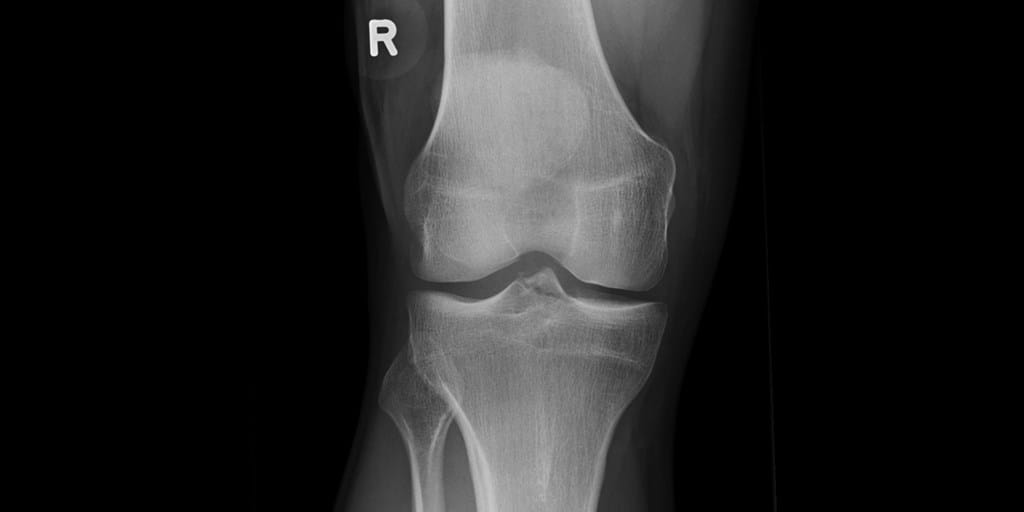 This 28-year-old recreational football player presented following a twisting injury. His story was highly suggestive of an ACL injury. He described feeling a popping sensation followed by near immediate pain and swelling. He was unable to weight-bear, had a large effusion and had laxity with Lachman’s test. As you can see from the attached image his x-ray showed a fracture of the tibial spine. This site is the attachment of the distal ACL. An MRI, and a CT scan, was then obtained. This imaging confirmed an avulsion fracture of the tibial spine with no other associated injuries.

After a discussion regarding the treatment options this player was managed non-surgically. This decision was made for a variety of logistical, rather than medical, reasons. He was managed in an extension brace for two weeks followed by a brace allowing 20-90 degrees of flexion for a further three weeks. At five month follow up the player had a normal Lachman’s test and had returned to recreational football.

ACL avulsion fractures are relatively uncommon in adults (being more commonly seen in children). This may be due to the relative weakness of incompletely ossified bone (relative to the strength of the ligament) or due to the increased elasticity of the ligament in children. They are generally caused by injuries involving knee hyperextension. In most cases surgical stabilisation of the avulsion is advisable - however undisplaced fractures can do well with non-surgical treatment. A period of up to four weeks of immobilisation is generally needed. Prolonged immobilisation is not advisable as this frequently leads to stiffness.