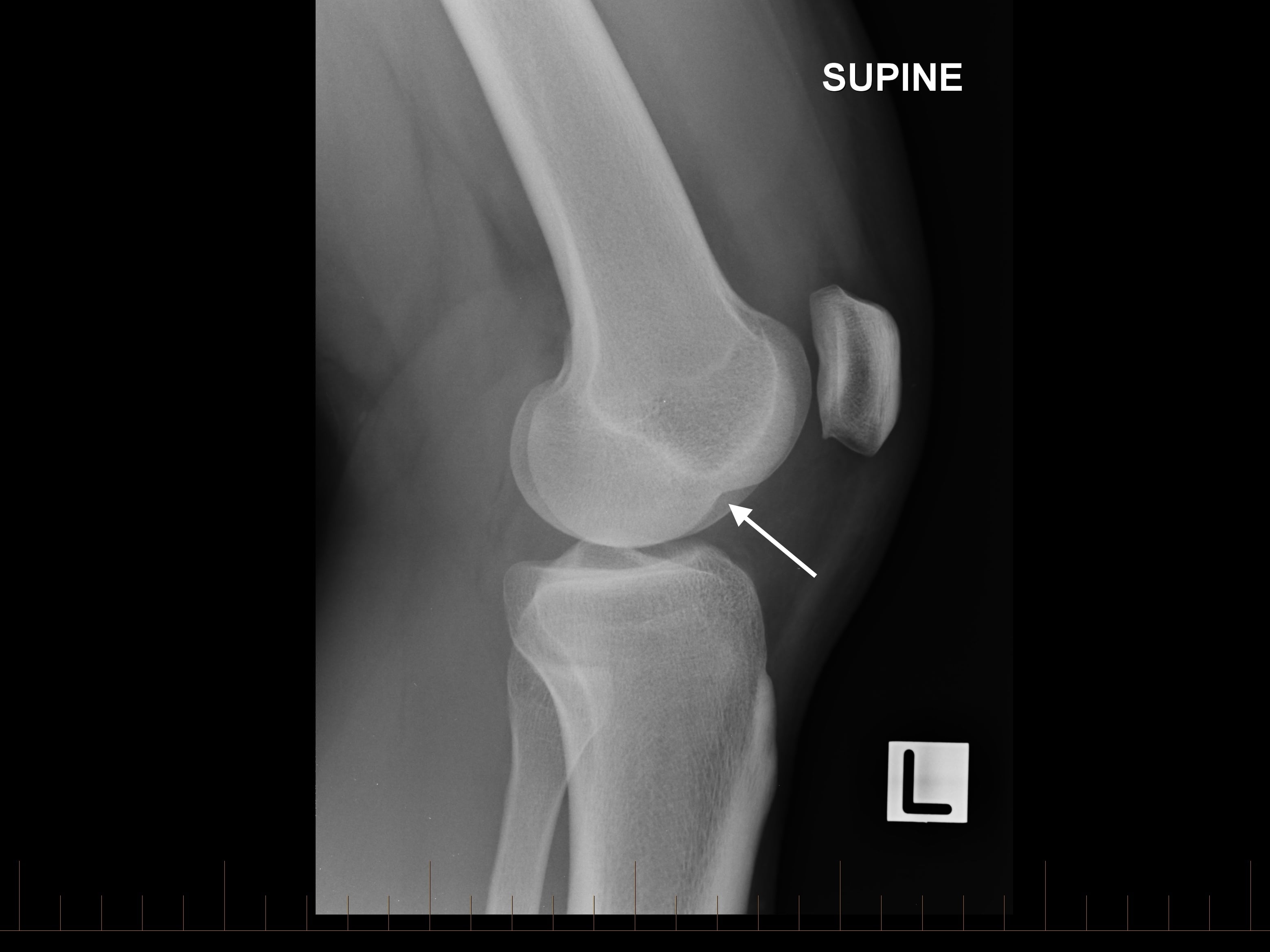 One of the most commonly reported skiing injuries are those involving the anterior cruciate ligament (ACL). In most cases this can be diagnosed on clinical grounds (by taking a good clinical history and examining the patient). The images seen in this case are from a 25-year-old female skier who had a typical presentation. She reported sustaining a violent twisting injury when she lost an edge. She experienced a strong sense of “something going out of place” in her knee, an associated snapping sensation and immediate pain. She was unable to continue and had to be helped off the mountain on a banana boat. By the time she presented for a review several hours later she had a restricted ROM and a moderate-large effusion. She had pronounced tenderness about the lateral joint line and gross laxity with Lachman’s test. 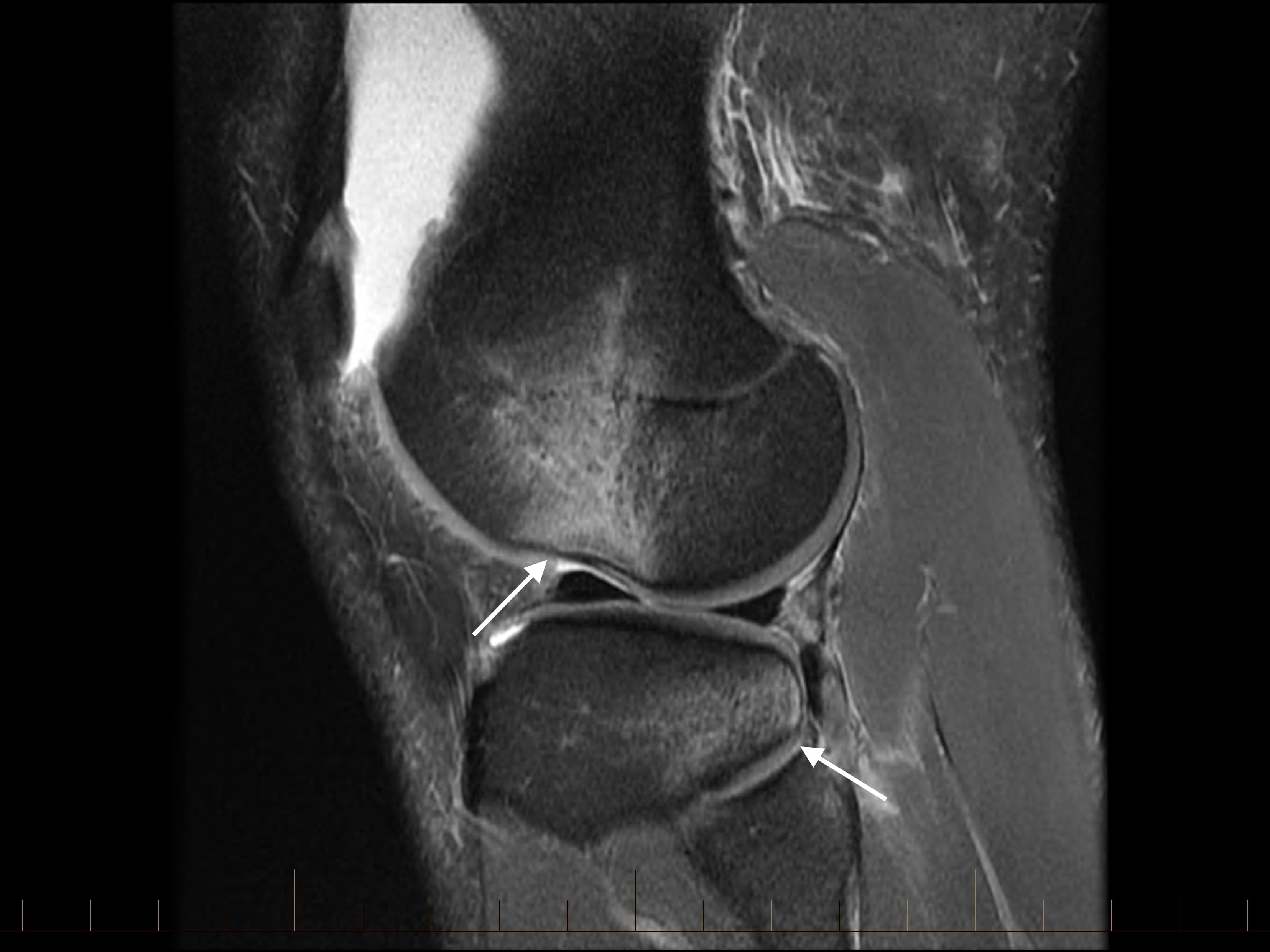 The majority of patients who are thought to have sustained an ACL injury require further imaging studies, usually an x-ray and MRI scan. While the MRI is clearly the most sensitive test and can directly visualise the ACL, there are a number of x-ray findings that can also be associated with ACL injuries. This lateral x-ray image shows an impaction injury involving the lateral femoral condyle. This is further demonstrated on a sagittal MRI image where there is pronounced increased signal involving the lateral femoral condyle and posterolateral tibia. The MRI images also show a large effusion.

An impaction injury is a common MRI finding after an ACL injury. As the ligament ruptures the knee transiently ‘dislocates’ allowing the posterolateral tibial to strike the lateral femoral condyle. While a degree of increased signal is almost always seen on MRI following ACL injuries it is less common to see this on x-ray. On a normal x-ray the lateral femoral condyle has a notch. Following an ACL injury the notch is deeper than 2mm or has a significant change in the contour. While the impaction injury itself requires no specific treatment, the associated injury often requires surgical management. When an x-ray image shows a prominent sulcus affecting the lateral femoral condyle it is important to consider whether your patient has had an injury to their ACL. Other x-ray findings consistent with ACL injuries are a Segond fracture, the presence of a lipohaemarthrosis or an avulsion from the tibial spines.