An Atypical Cause of Foot Pain 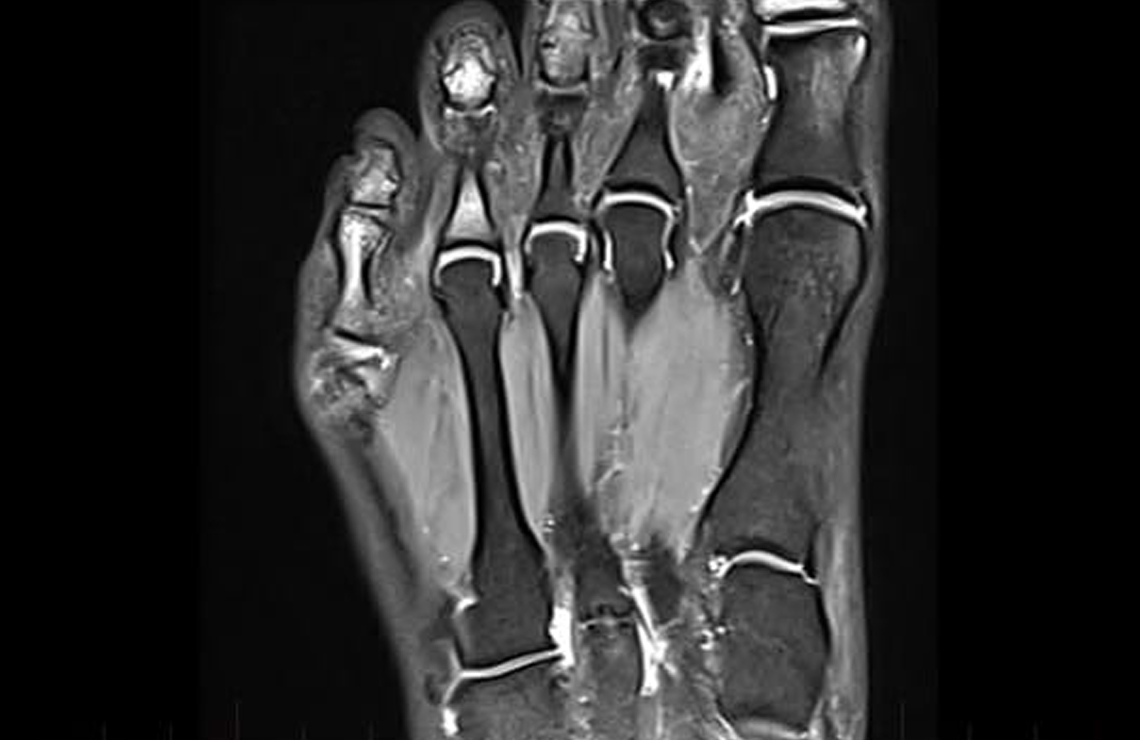 This radiology case involves a 24-year-old female football player who presented with a two-year history of issues with her right foot. She related these symptoms to an episode when she struck her foot against a door frame. On further questioning, the symptoms did not appear to be clearly related to this incident and this event involved only minor trauma. Over the two-year period she had at least four episodes where her toes became very sore and swollen and for a short period. On each occasion, she was unable to weight bear for a few days.

At the time of her assessment, she was able to walk relatively comfortably and did not have any visible deformity. She had localised tenderness over the fourth and fifth metatarsals and MTPJs. There was pain with compression of her mid-foot and pain with hopping and toe walking. 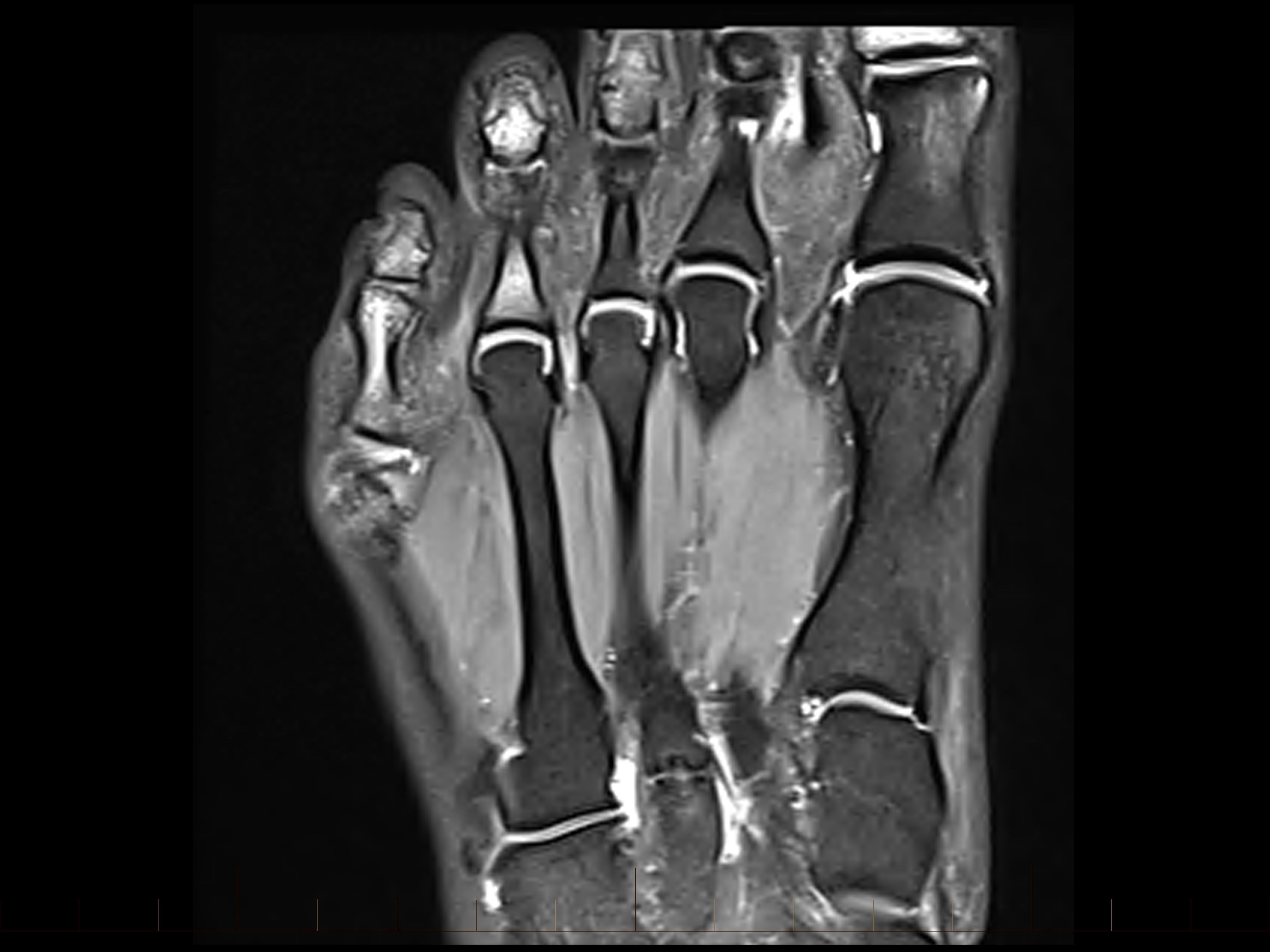 Given the relatively longstanding history of pain, absence of significant trauma and the nature of this patient’s pain (severe and recurring) it was felt that she may have an inflammatory (arthritis), rather than mechanical (injury) problem. This was supported by her MRI findings which show quite diffuse changes throughout the mid-foot as well as her elevated CRP (a blood marker of inflammation). The player was seen by a rheumatology colleague who made a presumptive diagnosis of psoriatic arthritis (even though she has never experienced skin psoriasis). She was started on regular NSAID’s and methotrexate. The plan is to consider a TNF-alpha inhibitor if symptoms remain poorly controlled. At this stage the player’s symptoms have largely resolved, and she has been able to return to normal activities.

Estimates of the prevalence of psoriatic arthritis among patients with psoriasis range between 4 and 30 per cent. In the majority of patients, the arthritis appears about a decade after the first signs of skin psoriasis. As illustrated in this case, some patients (approximately 13–17% of cases) develop the arthritis before the skin disease. In these cases the diagnosis is primarily made based on the pattern of joint involvement and the history of inflammatory sounding joint pain. People with psoriatic arthritis usually have some skin signs eventually. Psoriatic arthritis most frequently presents between the ages of 30 and 50 years of age and affects men and women equally. The symptoms of psoriatic arthritis come and go but it is generally regarded to be a lifelong condition that is progressive. The severity of the skin disease does not predict the severity of the joint disease.

Psoriatic arthritis can affect both large and small joints. Distal interphalangeal involvement is a hallmark of psoriatic arthritis and the involvement of these joints can be important for achieving a diagnosis. Joint pain, swelling and stiffness are the most commonly reported presenting symptoms. Other presentations involve an asymmetric oligoarthritis (60% of cases), symmetric polyarthritis, spondylarthritis (axial involvement) or arthritis mutilans (5%).