Hip Sprain. Or something else? 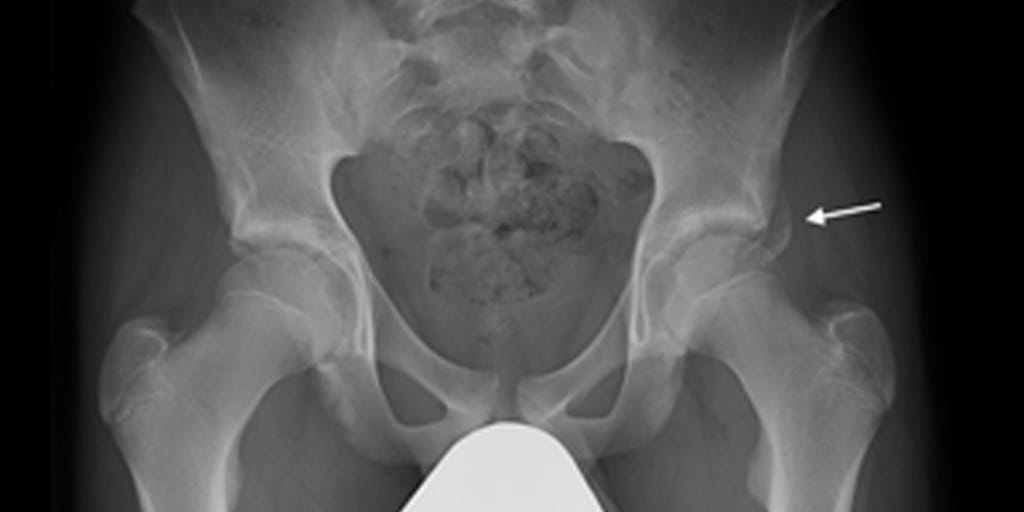 It's important to remember that kids' skeletons are not the same as those of adults. This has impact on the types of injuries they sustain – and how we treat them. A good example is when an adolescent presents with an acute ‘hip sprain’.
‍

In an adult these muscle ‘sprain’ injuries most often involve the muscles surrounding the hip. The treatment generally involves a short period of rest, followed by some stretching and then a strengthening programme.  In most cases adults can return to play fairly quickly and the treatment can be quite pragmatic.  In kids the area of ‘weakness’ is often the ‘apophysis’. This is a cartilaginous structure that ‘joins’ the muscle to the bone.  As a result the hip ‘sprain’ is often actually an avulsion fracture. These avulsion injuries can potentially occur at any site where a tendon attaches to bone. Around the hip the most common sites are the anterior inferior iliac spine (where one the head of the rectus femoris attaches) and the anterior superior iliac spine (where the sartorius muscle attaches).

Avulsion fractures can generally be defined on an X-ray.  As a result, in most cases it is advisable to order imagining. An oblique view (rather than the standard AP and lateral views) can often demonstrate the injury best. It would be rare for a patient to need further imaging, and in most cases no follow up imaging is needed either (i.e. before a return to sport).
‍

The vast majority of these injuries can be managed with time, and most do not need surgery. It is however important to avoid aggressive strengthening exercises as these will make the patient worse – and will delay their overall recovery. An early return to sport can be very frustrating for the patient as typically it will aggravate their symptoms and increase the risk of recurrence, it would be rare for a patient to with this sort of injury to be able to return to kicking sport inside 6-8 weeks.

Education, avoidance of aggravating activity and some gentle stretching is generally the best treatment.